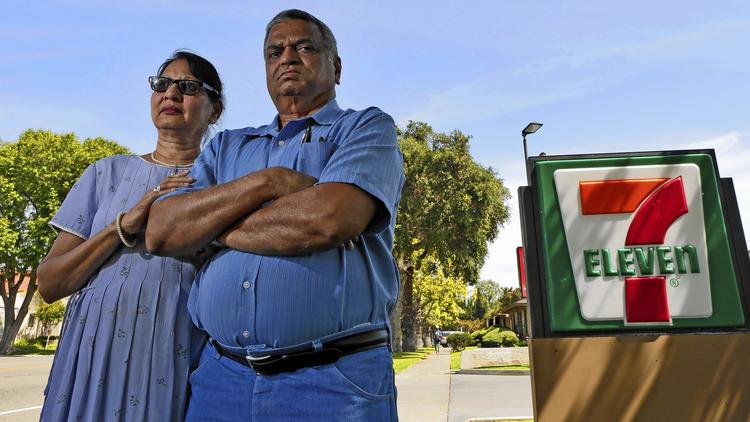 7-Eleven relies on thousands of franchisees to sell millions of Slurpees, Big Bite hot dogs and other snacks.

But in the last two years, at least a dozen franchisees have sued the company, alleging it stripped them of their stores for bogus reasons. Some plaintiffs say 7-Eleven targeted successful stores in high-traffic areas, then flipped them to new franchisees willing to pay the company higher fees.

Dilip Patel and his wife, Saroj, said the company used “storm trooper interrogation and isolation tactics” in such sessions. The couple, who sued in March, ultimately gave up their Riverside store, which they had run since 1995, with no compensation from 7-Eleven.