7-Eleven franchisees in Holyoke, Massachusetts are taking the corporation to court to keep their Slurpee machine and other income generating items like lottery tickets, hot dogs and gift cards. The 7-Eleven corporation revoked these services from franchisees Mohinder Grewal and Mann Grewal claiming the husband and wife had an unexplained $131,000 cigarette shortage during an 18-month period. The franchisees claim the frivolous lawsuit is the result of their refusal to stock unpopular items that didn’t sell well.

If this sounds familiar it’s because this is 7-Eleven’s go-to tactic to punish franchisees they consider subordinate. According to the Dallas Business Journal and other sources, 7-Eleven Inc. is the defendant in more than twelve lawsuits alleging that the company terminated franchise contracts without proper cause. Plaintiffs in the suits claim that 7-Eleven targeted stores in high-traffic locations, enabling the franchisor to offer the locations to new franchisees willing to pay higher fees.

Dilip Patel and his wife, Saroj, said the company used “storm trooper interrogation and isolation tactics” in such sessions. The couple, who sued in March, ultimately gave up their Riverside store, which they had run since 1995, with no compensation from 7-Eleven. It’s gotten so bad in California that The Franchise Owner’s Assn. of Greater Los Angeles was created. It represents more than 1,200 members who are accusing 7-Eleven Inc. of racial discrimination, invasion of privacy and illegal surveillance and mistreatment.

Gerald Marks has spent the last year suing 7-Eleven. The New Jersey lawyer is representing plaintiffs in a dozen lawsuits against the Dallas-based chain, including allegations that 7-Eleven violated labor laws, an anti-stalking statute, and discriminated against immigrant business owners. Marks’ latest action, filed last week in federal district court in New Jersey, seeks back pay for a group of 7-Eleven corporate employees and paints the chain as a bully that uses its heft to push franchisees out of their stores. 7-Eleven disputes the allegations.

In his most extreme accusations, Marks says that 7-Eleven targets South Asian immigrant store owners in profitable markets, looking for contractual breaches to give the 53,000-store chain leverage over its franchisees. If a franchisor can convince a store owner to walk away from his franchise license, the company can re-sell the store to another buyer. In legal filings, Marks has alleged that 7-Eleven has made more than $10 million off the strategy.

LOS ANGELES – When Kathryn Slater-Carter learned her family would lose $1.5 million after McDonald’s Corp did not renew the franchise agreement on one of their restaurants in the San Francisco suburbs, she tried for a second time to change state law to protect franchisee investments.

That renewed effort may bear some fruit. California lawmakers in August passed the new bill she championed and Governor Jerry Brown has until Sept. 30 to sign or veto it.

At present, California law only requires franchisors that terminate or fail to renew a franchise agreement to offer to repurchase a franchisee’s inventory.

Among other things, the pending legislation known as SB 610 would require a franchisor that terminates an agreement without a material breach to compensate the franchisee for the fair value of their business, or to provide them an opportunity to sell.

The watered-down law passed by lawmakers would not have prevented the equity loss Slater-Carter says her family suffered when their McDonald’s restaurant in a Daly City, California, shopping mall was forced to close, but “it’s a start,” she said. The franchise agreement on her family’s one remaining Daly City restaurant expires in 2016.

A spokeswoman for McDonald’s said that the mall restaurant closed because the franchise and lease agreements each expired. She added that the company did not play a part in that timing.

Groups representing big companies and franchisees have clashed over the bill in what some experts say is one of California’s biggest business battles this year.

The International Franchise Association (IFA), a trade group representing McDonald’s and other well-funded franchisors, led the opposition. They warn that the legislation could weaken a franchisor’s ability to enforce brand standards, damage franchisee equity by protecting weak operators and result in frivolous lawsuits.

Supporters are a coalition that includes the American Association of Franchisees & Dealers and the Service Employees International Union, which has backed fast-food worker protests at franchisee-owned restaurants. They say changes are long overdue and that other states, including Washington, have stronger laws in place.

“It gives us a little bit of protection against termination and retaliation,” said Jaspreet Dhillon, chairman of the California 7-Eleven Franchisee Political Action Committee. “The bill won’t solve everything, but it allows us to sleep at night.”

Franchisor 7-Eleven Inc, owned by Tokyo-based Seven & I Holdings, in the last two years has been hit with roughly a dozen lawsuits in which franchisees alleged that it drummed up reasons to take away their convenience stores.

A 7-Eleven spokeswoman said those allegations are false and that the company ends relationships with the “few franchisees who violate the law or the franchise agreement” to protect other franchisees, employees and customers.

A 2012 franchisee protection bill spearheaded by Slater-Carter died in committee. 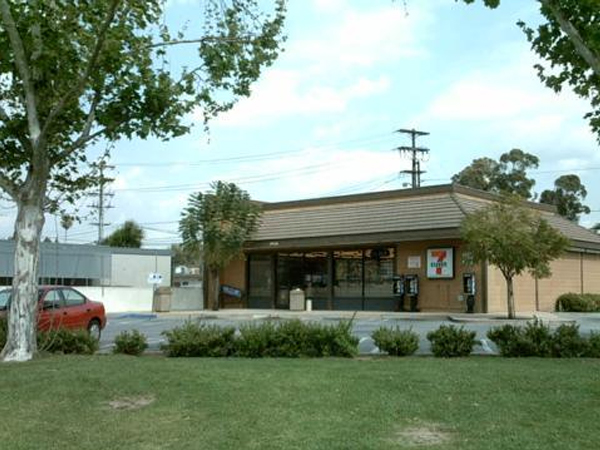 The Patel family owned and operated this 7-Eleven franchise in Riverside, California for 19 years. Recently, 7-Eleven seized the location claiming “excessive couponing” and forced the Patels to sign over the store despite asking for time to hire a qualified lawyer to represent them.

But what happens when the franchisor is alleged to be using the franchise contract to unfairly target its franchisees?

That’s a question that at least a dozen 7-Eleven storeowners want answered–and they have filed lawsuits to obtain legal remedies for what they believe are unfair business practices by the popular franchisor.

According to the Dallas Business Journal and other sources, Dallas-based 7-Eleven Inc. is the defendant in more than twelve lawsuits alleging that the company terminated franchise contracts without proper cause. Plaintiffs in the suits claim that 7-Eleven targeted stores in high-traffic locations, enabling the franchisor to offer the locations to new franchisees willing to pay higher fees.

The franchisor is now fighting negative press surrounding its litigation against franchisees, as well as a federal investigation of human trafficking charges against its stores in New York, Virginia, and possibly other states. This week the 60-year old company learned it has a new battle to fight.

A lawsuit filed in New Jersey federal court on Wednesday against 7-Eleven, Inc. and its Japanese entities accuses the franchisor of fraudulent business practices and abuses, related to misclassifying employees as independent contractors.

Those abuses include manipulating the terms of the franchise agreement to deprive franchisees of equity in their stores, and discriminatory measures against certain store owners, those of Asian, Pacific Rim and Middle Eastern descent. The complaint claims the abuses have altered 7-Eleven’s business relationship with its store owners.

Gerald A. Marks, Louis D. Tambaro and Evan M. Goldman of Marks & Klein are representing the franchisees in the lawsuit, filed under Tamer G. Atalla, Neil Naik, Hemang Patel, Jayesh Patel, Kalpana B. Patel, and John Does 1-200. Lead counsel Jerry Marks said they now have additional franchisees who have joined the litigation. “We have approximately 60 people signed up, who will be added when we amend the complaint. I am looking to take this lawsuit nationwide.”

7-Eleven’s franchise agreement clearly states that their agreement “creates an arm’s-length business relationship” between independent contractor and franchisor. But Marks & Klein attorneys allege 7-Eleven is only attempting to insulate itself from franchisee claims that they are an employer. The complaint asserts, “7-Eleven, in actuality, significantly controls the day-to-day operations of its franchisees, rendering the parties’ relationship one of de facto employment.

That control is displayed in many areas of its operation listed here:

By ignoring its true relationship with franchisees, the franchisees claim they are deprived of many employment-related benefits, including the following Federal Insurance Contributions Act (“FICA”) tax; social security withholding; unemployment, health insurance, and workers’ compensation.

There is another big issue. The alleged employment relationship is also based on the fact that 7-Eleven and its franchisees are engaged in the same type of business, and franchisees are not permitted to engage in business activity outside of 7-Eleven operations in their role as franchises.

7-Eleven, as an employer, would also be responsible for I-9 forms, to ensure compliance with immigration laws. As an alleged franchisor, they currently delegate that duty to franchisees.

Franchisees in the lawsuit also claim that 7-Eleven, as a franchisor, is unfairly competing with other brands. While other convenient stores in the area operate similarly to 7-Eleven, providing customers with food and beverage on a 24-7 basis, they are at a disadvantage. WaWa, Inc. and QuickChek have approximately 300 to 500 stores in New Jersey and New York, but they are properly classified as employees. That gives 7-Eleven the advantage of not providing employment-related benefits to its misclassified employees.

Marks & Klein are claiming four counts against the franchisor. Those counts include violation of New Jersey’s franchise act, wage and hour laws, and law against discrimination. It also lists breach of implied covenant of good faith and fair dealing.

Jerry Marks declared, “This case is groundbreaking. When we succeed in proving store owners are employees, we will see to it that the 7-Eleven operators are fairly compensated for what they are due. That will include overtime pay, medical expenses, and pension benefits.” He said the employees will also be reimbursed the money they invested in the franchise, proving that the company violated various security laws. “Store operators will be entitled to all that money, including interest and penalties.”

Margaret Chabris, 7-Eleven director of communications, declined any interviews, stating, “The matter is in litigation, and at this time we are declining requests for public comment.”

During the Undercover Boss segment in February 2010, 7-Eleven CEO Joseph DePinto, who went undercover, stated, “There’s been a lot of bad press—some of it rightfully so—about bosses taking advantage of situations or not leading the right way. A lot of companies failed because of this.”

No 7-Eleven
Blog at WordPress.com.