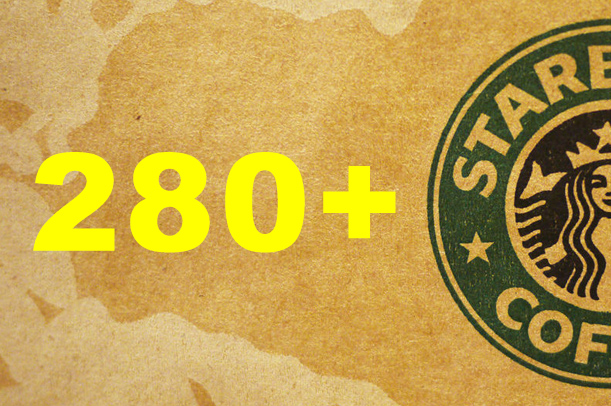 Another Starbucks is slated for the West Village, this one at the former location of Bleeker Street Records which was forced out of their home at 239 Bleeker Street by a rent hike to $27,000. A spokesperson for the chain confirmed the new location will open this summer. Starbucks currently has more than 280 locations in the city. 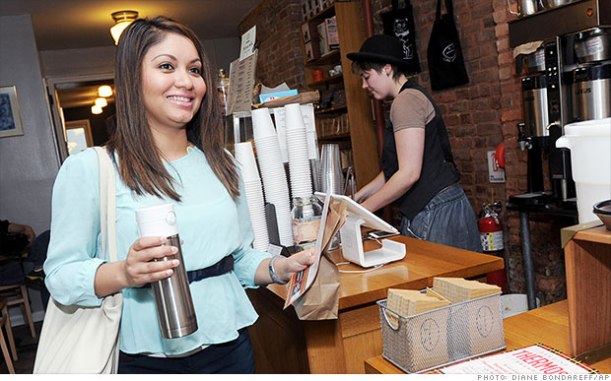 Score one for the small guy.

A local New York coffee shop is set to replace one of the Starbucks in Manhattan’s Grand Central Terminal.

In May, Cafe Grumpy will replace the Starbucks (SBUX, Fortune 500) on the east side of the historic railway terminal, according to a spokesman for the Metropolitan Transportation Authority.

Starbucks’ lease was up, and the MTA prohibited chain stores from bidding on the new lease.

“It’s part of our effort to keep the space unique,” said the spokesman. Already, most of the 100 retail spaces in the terminal are local businesses, he said.

Starbucks confirmed the move. Caroline Bell, the owner of Grumpy, said “this is a huge and exciting endeavor for us as an independent business.”

Grumpy serves as the place of employment for the main character in HBO’s popular series Girls. The coffee shop has a location in Brooklyn’s trendy Greenpoint neighborhood, as well as four other spots around the city.

Those needing a Starbucks fix inside Grand Central need not worry — the Seattle coffee chain still has another shop on the terminal’s west side. 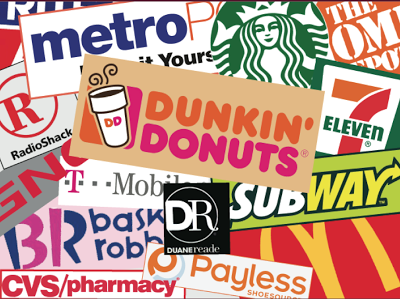 The Center for an Urban Future [has] published the sixth edition of its annual “State of the Chains” study ranking the national retailers with the most store locations in New York City. The study shows that the expansion of chain stores across the city slowed considerably over the past year, even as Dunkin Donuts recently became the first national retailer with more than 500 stores across the five boroughs.

The report reveals that there was only a 0.5 percent increase in the number of national retail locations in New York City between 2012 and 2013, the smallest year-over-year increase since we began compiling data on the city’s national retailers in 2008—and down from a 2.4 percent gain between 2011 and 2012. Two boroughs — Manhattan and Queens — actually experienced a decline in the number of chain stores between 2012 and 2013. Overall, the 302 national retailers that were listed on last year’s ranking expanded their footprint in New York City from a total of 7,190 stores in 2012 to 7,226 stores in 2013, a 0.5 percent increase. This marks the sixth straight year there has been a net increase in the number of national chain stores in the five boroughs.

For the sixth consecutive year, Dunkin Donuts tops our list as the largest national retailer in New York City, with a total of 515 stores. Over the past year, Dunkin Donuts had a net increase of 39 stores in the city (an 8 percent gain). Subway is still the second largest national retailer in the city, with 467 locations across the five boroughs. It had a net gain of 28 stores since last year (a 6 percent increase). Rounding out the top ten national retailers in New York are: Duane Reade/Walgreens (with 318 stores), Starbucks (283), MetroPCS (261), McDonalds (240), Baskin Robbins (202), Rite Aid (190), T-Mobile (161) and GNC (138).

There are now 15 retailers with more than 100 stores across the city, up from 14 last year. Over the past year, 7-Eleven became the latest retailer with at least 100 locations in New York; it expanded from 97 stores in 2012 to 124 today.

Starbucks has more stores in Manhattan than any other national retailer, with 212 locations. In each of the other boroughs, Dunkin Donuts tops the list — it has 154 stores in Queens, 123 in Brooklyn, 72 in the Bronx and 32 on Staten Island.

Among the retailers with the largest numerical growth over the past year:

Read more, including the full report, at EV Grieve.